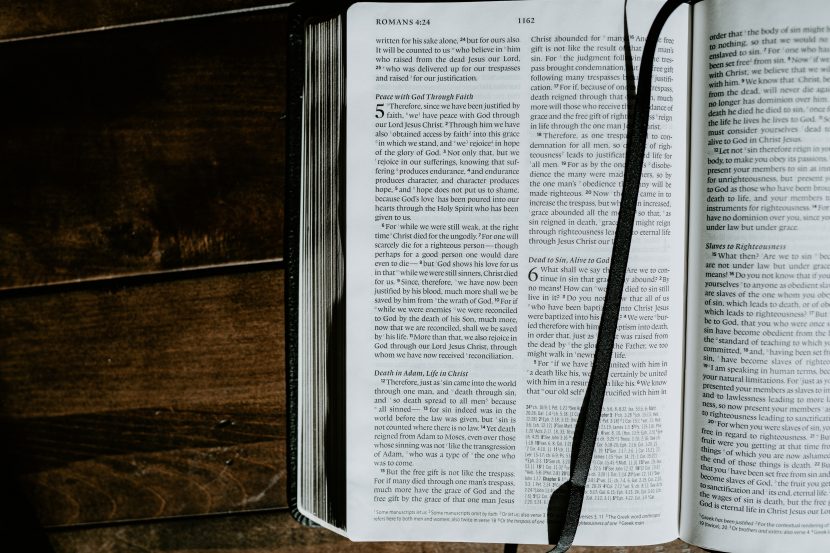 What Paul’s Letter to the Romans Means for You (and Me!)

The book of Romans has been described with the most praiseworthy of expressions. John Calvin said that when anyone understands this epistle, “he has a passage opened to him to the understanding of the whole Scripture.”[1] Martin Luther said that this letter “is really the chief part of the New Testament and the very purest gospel.”[2] Luther’s successor, Philip Melanchthon, referred to Romans as “the compendium of Christian doctrine.”[3] John Knox suggested that it was “unquestionably the most important letter ever written.”[4] It’s been called “the cathedral of the Christian faith,”[5] “the most pessimistic page of literature upon which your eyes ever rested” and at the same time “the most optimistic poem to which your ears ever listened.”[6]

These descriptions are supported by the experiential testimony of many throughout the history of the church all over the globe. The North African rhetorician Augustine was converted by reading Romans 13:13-14 in the year 386. The German monk Martin Luther was converted 1200 years later after grasping the significance of Romans 1:17. Two centuries later, a clergyman by the name of John Wesley recounted what he experienced on the evening of May 24, 1738 as he heard the preface of Luther’s commentary on Romans being read: “About a quarter before nine, while [the reader] was describing the change wherein God works in the heart through faith in Christ, I felt my heart strangely warmed. I felt I did trust in Christ, Christ alone, for salvation; and an assurance was given that he had taken my sins, even mine; and saved me from the law of sin and death.”[7]

Today, Romans is perhaps best known for clearly articulating key doctrines like man’s sinfulness, justification by faith, regeneration, union with Christ, adoption, and sanctification. Romans is known for its rich, deep, glorious, and at times unsettling theological assertions and implications.

What sometimes gets lost in these descriptions of Paul’s most beloved epistle is that Paul’s heart in writing Romans (as was the case for every letter he wrote) was primarily pastoral. He was writing to churches made up of real people with real problems, real worries, real struggles, and real questions. He was not interested in writing a theological treatise abstractly disjointed from the congregation’s situation. Rather, Romans was intended to be a deeply practical and applicable letter. And yet, it seems like we are less familiar (and dare I say, have neglected!) many of the practical features of this truly wonderful epistle. Thus, my goal here is to preview the landscape of this practical and pastoral epistle, not just the wonderful theological clouds we often focus on.

Paul opens the letter of Romans by introducing himself as a slave of Christ Jesus, an apostle set apart for the gospel (1:1). Just a few verses later, however, he states the goal of his apostleship, the mission he’s been given: “to bring about the obedience of faith” (1:5). Right at the outset, Paul makes it clear that his calling as an apostle is deeply practical; it is to bring about a particular kind of obedience. The phrase “obedience of faith” probably carries two ideas. First, Paul’s goal is to bring about the obedience that is faith among his hearers. The gospel he proclaims is something that is to be obeyed (10:16) by being believed such that not believing the gospel is an act of disobedience. Secondly, however, the “obedience of faith” probably also refers to the obedience, the proper conduct, that flows from faith. Whatever beliefs Paul wants to solidify in his readers, his goal is still the obedience that flows from those beliefs.

It’s important here to see that for Paul, believing and obeying belong together and should never be pitted against each other. Similarly, theology and conduct belong together. What I’m arguing, then, is not that Romans is about conduct and not theology but that it is about both.

The first explicit commandment (though by no means Paul’s first “practical takeaway”) comes in Romans 6 after describing the believer’s union with Christ for 10 verses. Interestingly, this first imperative is an injunction pertaining to the Christian’s thinking: “so you also must consider yourselves dead to sin and alive to God in Christ Jesus.” Here we see that how a Christian thinks of himself is an important component of the “obedience of faith” that Paul desires for the Church. Christians are not to view themselves as doomed sinners, hopelessly entrapped in sin, but as dead to sin, freed from its power and dominion over their lives because of their union with the risen Christ. It is this fundamentally optimistic understanding of the Christian as a new creation that makes it possible to not let “sin reign in your mortal body, to make you obey its passions” (6:12).

This line comes not from the mouth of a dictator but from the pen of the Apostle Paul. In one of the letter’s most underrated and disregarded sections, Paul asserts that “whoever resists the authorities resists what God has appointed, and those who resist will incur judgment” (13:2). As with the rest of Paul’s exhortations, this command is not given in a theological vacuum. Rather, this is the inevitable result of believing that “there is no authority except from God, and those that exist have been instituted by God” (13:1b). While we should not take this text as Paul’s comprehensive and absolute theology of governing authorities, neither should we read it to mean the opposite of what it says (i.e. feel free to disrespect the government and cheat on your taxes). We should honor the authority that God, in his sovereignty, has established, for as we do so, we honor Him.

Near the conclusion of this theologically rich letter, Paul has a whole chapter dedicated to how the Christian who understands some of the intricacies of the Christian faith should conduct himself with a fellow Christian who does not. Paul describes the ideal interaction between the “strong brother” (with whom he agrees theologically) and the “weak brother” (who, is mistaken regarding some practical issue of the faith). Christ loves and has saved the strong and the weak in the faith and the “strong” Christian should not have a reflex of despising the “weaker” Christian just as the “weaker” Christian is not to pass judgment on the “stronger” brother. In other words, if you are planning on having a young Christian friend over for dinner and later find out that she (incorrectly) thinks that Christians should not be killing God’s creation (animals) to eat them, it is more important that you love her by not rolling your eyes at her or pressuring her to do something she thinks is wrong than it is to start a debate and convince her she’s wrong.

The epistle to the Romans is rich with theological insights and doctrinal truths. But let’s remember that the purpose of Romans, as with all of the Bible, is not solely to fill our minds with knowledge, but that the knowledge we obtain might lead us to have lives of increasing Christ-likeness. May we be committed to increased obedience, to growing in respect for God and the authorities He has placed in our lives, and may our love for others grow deeper as a result of our time spent reading Paul’s letter to the church in Rome.