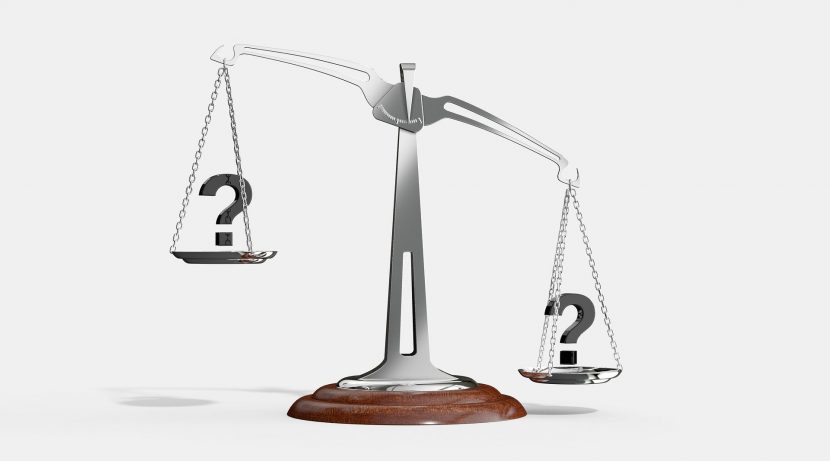 Is Morality Subjective or Objective?

However, I’ve found that just about everyone finds the first day of philosophy class intriguing. This, I think, is because philosophy asks some of life’s most fundamental questions. Even though most of us haven’t had any formal background in philosophy before our first class, we have all thought about a lot of the questions that get raised in philosophy outside of the classroom. And so when we walk into a classroom and are invited to say what we think about some of these questions, we feel competent in coming up with our own answers. If you’ve never taken a calculus class, but were asked on your first day of class how to solve a calculus question, you’d likely keep your mouth shut! But on the first day of a new philosophy class, most people do not keep their mouths shut. Most people tend to have something to say.

But philosophy is not just about saying what we think. We can be wrong about what we think. What makes philosophy so interesting is that some of our everyday intuitions about the world, after thinking about them rigorously, turn out to be wrong (or at the very least, not as obviously true as we might have thought). In this post, I want to talk about one such intuition. It’s an intuition I’ve found that most people tend to have. The intuition has to do with the branch of philosophy called Ethics.

Ethics concerns questions about morality. There are many questions asked in this branch of philosophy, but today I want to focus on just one: are moral truths objective or are they subjective? In other words, are moral truths (like “don’t cheat” and “don’t steal”) objectively true and thus true independently of what our society says? Or are they subjective and thus relative to what our society says?

I always poll my students and take a vote before diving into the arguments. Out of around 160 current students from last Fall in my Intro to Philosophy classes, about 95% of students answered the same way: they are subjective. And this is not atypical. The results for just about every poll I have taken over the last decade or so about this question have been similar.

One might be tempted to think that this is a generational phenomenon: perhaps it’s a millennial thing! But I’ve found it to be much more widespread.  During the summers, I often teach college philosophy courses to intellectually advanced junior high and high school students (to qualify for this program, students must test into the top 3% in the nation…these students are incredibly bright). About 95% of them answer the same way: morality is subjective. And I am currently teaching an Ethics course at a prison here in Southern California. I always designate the first week of the prison class to discuss the question of whether morality is objective or subjective. Once again, about 95% of inmates agree: morality is subjective.

I think that the fact that the majority of people think this way might be a result of people having the right intentions. I’ve wondered whether the impulse to think that morality is subjective is rooted in some sort of intellectual humility. Perhaps people understand that there are those who disagree morally, and so the tendency to think that morality is subjective is based on the desire for individuals not to set their perspective on morality as being superior to those with whom they disagree. They want to exercise humility in positing that their perspective may not be the only right one.

However, this view is false! Morality is not subjective or relative-to-society. It’s pretty easy to see, once you see it. In what follows, I will spell out two well-known arguments in the Ethics literature that I offer to my students. The majority of my students have reported to me that these arguments have changed their minds (college students, younger students, and inmates alike). Here they go.

First, the argument from common sense. If morality is subjective (and thus relative to society), then there is really nothing wrong with slavery. But that’s nuts! Slavery is obviously wrong (and objectively so!). Therefore, it follows by logic alone that morality is not subjective. This argument is short, but powerful. It gets us to see quite quickly that the pervasive intuition that many have – that morality is not objective – is clearly false. This is usually enough to convince my students that they were wrong. But just in case, I usually give them another well-known argument.

Second, the argument from disagreement. Consider a paradigmatic example of subjectivity: taste. I think vanilla is greater than chocolate. Chocolate is alright, but clearly not as good as vanilla! My wife wholeheartedly disagrees. She’s convinced that I’m wrong. Ask yourself this, though: if we were to have an argument about which is better (chocolate or vanilla), would we really be disagreeing about an objective fact in the world? No. Clearly not. That’s because this whole dispute boils down to a matter of taste. And taste is subjective.

So here’s the argument. Analogously, if morality is subjective, then no two people could ever really disagree about a particular moral issue (in the same way that my wife and I don’t really disagree about an objective fact in the world when it comes to taste). But that’s ridiculous. Just turn on the news for a few seconds, and you’ll see people clearly disagreeing about moral issues! Therefore, it follows by logic alone that morality is not subjective.

Philosophy is interesting. We can take an intuition that most people tend to accept, think hard about what it implies (that slavery isn’t really wrong and that people can’t ever really disagree about moral issues) and show that it’s clearly just got to be false.

Of course, as Christians we know that Scripture has declared this for ages. In the Sermon on the Mount, Jesus tells us that God the Father is perfect (Matthew 5:48). Some 400 years later, St. Augustine (one of the earliest Christian philosophers), reflected on this truth and argued that morality itself is rooted in the very essence of God. To suppose that morality is subjective flies in the face of common sense and leads to the totally implausible conclusion that we can never really morally disagree with one another. Morality is objective. It is independent of us and independent of what society says.